Out now from Siren Publishing, the third and concluding part of the Vampires in Love trilogy! Love this cover! 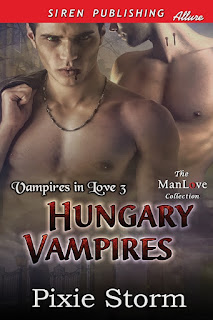 
English soldier Sam Bevan lives alone in Budapest after falling victim to the bite of the vampire Istvan during the battle of the Somme 5 years previously. He watches his human friend, Stephen, happy with Istvan and longs for his own mate to ease his solitude. Into Sam’s lonely life comes the vampire Bela, a hedonistic Hungarian who takes him to an exclusive vampire club where humans pay for the privilege of being drunk from. Sam finds the whole atmosphere addictive and is soon falling for the feisty human, Janos, who makes Sam ache with forgotten desire.
Meanwhile, storm clouds are gathering on the horizon. The vampire king, Emil, was decapitated in Vienna but his body soon disappeared and Sam is uneasy about what this means. Emil couldn’t possibly return to shatter his peace and his burgeoning love, could he?

Janos heaved an excited breath. He sat up and as Sam watched, mesmerised, he wrenched open his pants and pushed them down off his hips. He was naked beneath and his dick jutted out proudly, long and thick. It had been a while since Sam had taken not given, but something about Janos made him want to receive all the human had to offer.
He licked his lips and their eyes met. He was sure Janos read his mind in that moment. The human wrenched his underwear clean off, tearing the garment in his frenzy. He rolled across to the bedside cabinet and procured a bottle of oil, drizzling it onto his fingertips.
“Open wide,” he said to Sam, his voice husky with need and obligingly, unquestioningly, Sam did as he was asked. He needed it too much to say no.
He parted his legs, knees up, feeling naked and defenceless in a way he hadn’t before and shuddered at the first touch of Janos’s oiled finger. It felt heavenly. Janos stroked his puckered skin, working oil around his hole, pressing and seeking until slowly, he sank the digit into Sam.
The vampire shivered and let out a low growl. He saw the gleam in Janos’s dark eyes and surged up to capture the human’s lips in a kiss. Janos moaned softly against his mouth. He added a second finger and stretched Sam open.
Sam cursed and shuddered as Janos touched that place in him that very few had been before. The place that made him crazy with the two kinds of lust. Blood lust poured upon him without warning, making his fangs snap out, filling his mouth with saliva and Janos paused, looking down at Sam’s face.
Sam licked his lips, attempting to retain control. “Don’t be afraid,” he said in a whisper. “Do what you want to me. I won’t hurt you.” He wondered how he could make such rash promises when he was moments away from lunging at the human and sinking his teeth into that wonderful neck.
Janos’s fingers left him. He sat back on his heels, slicking oil along the length of his straining cock. He positioned his cock between Sam’s cheeks and the vampire shivered with excitement as he felt the hard length ready to invade.
“I trust you,” Janos whispered. “I don’t know why.” Then he pushed forward, penetrating Sam all the way to the hilt and leaving him so full that he gasped and panted, afraid to move in case the conflicting feeling sent him instantly over the edge.
Janos studied his face a moment, bracing himself on his arms. He pulled back almost all the way and then eased deep again and Sam was undone. He grasped Janos by the hips and pulled him forward, grinding insistently against him and the human responded by bucking his hips into Sam’s pelvis, taking him deeply then pulling free and slamming back in before the vampire even had time to react.
Sam cried out and Janos smothered it with a kiss. They entwined fiercely on the bed, rocking against each other with speed, the headboard banging against the wall. Janos’s hand curled around Sam’s shaft and Sam’s desire turned molten. Pre-cum slicked his cock and Janos spread it up and down. He jerked hard and swift and Sam bucked helplessly against him, losing rhythm and going off at a tangent.
Janos leaned down to him. He presented his arched neck and grabbed the back of Sam’s head, leaving him with no illusion about his desire. He could taste the sweet nectar of Janos’s blood even before he plunged his fangs into his throat. The honey spurted into his mouth with force and Sam almost choked. He closed his mouth greedily and sucked, dimly aware that he needed to practice restraint with this man of all men.
Janos continued to pound him and Sam lifted his legs, wrapped them around his partner’s waist and clung hard to his back. Janos let out a long, satisfied groan and Sam felt it in that moment. He felt his world come crashing in, the earth shuddering on its very axis, both of them melded together as one and as he took a last swallow of blood and came to a shattering climax, he felt Janos come too and he knew without doubt.
He was in love.


I am pleased to announce that after a ridiculously long hiatus by Pixie Storm, the final book in the Vampires in Love series, Hungary Vampires, will be published by Siren in September. Hurray!
Posted by Pixie Storm at 11:21 No comments: 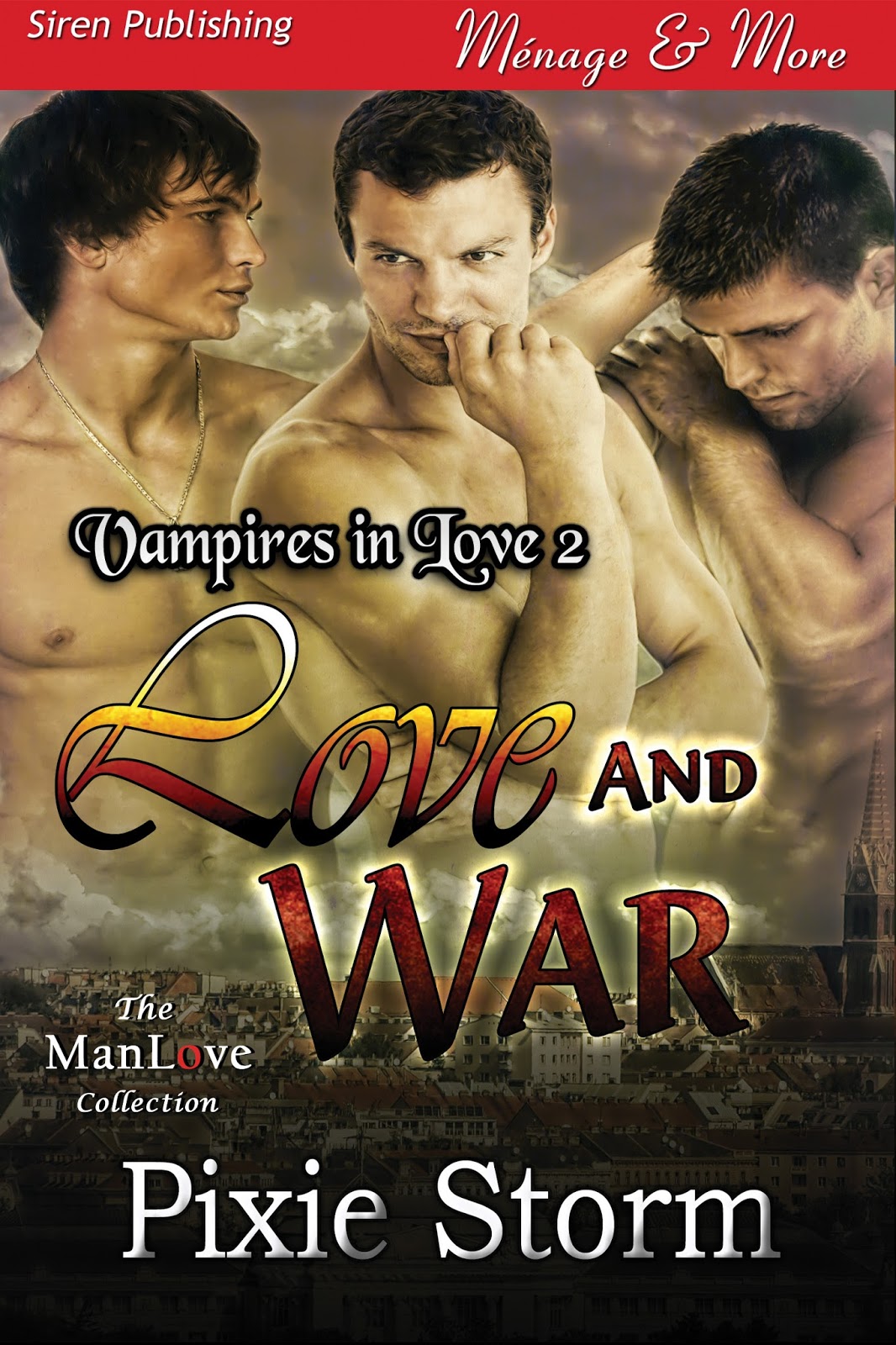 Love and War, the sequel to Seducing the Vampire's Pet will be published by Siren in September.


The Hungarian vampire Istvan Blasko is a wanted man. The shadow of his creator, Emil, looms over him as he searches for something to ease his loneliness. Istvan last saw Emil 18 years ago in Prague when the vampire king attempted to kill Istvan and his friends.
In the trenches of the First World War, he tries to understand man's need for bloodshed while wrestling with his own nature. British soldiers Stephen Sutherland and Sam Bevan are in France, fighting to stay alive and denying their attraction to each other.
Istvan tangles with both men, losing his heart helplessly to Stephen and desperate to save both their lives. But he knows Emil lurks behind him seeking revenge and that taking Stephen and Sam away from France could lead them into a whole different world of danger...


Stephen frowned. He curved his finger around the trigger. “Who are you?”
The man bowed. “Istvan Blasko. At your service. And yourself?”
Stephen’s finger cramped he held himself so tense. “Stephen,” he said reluctantly. “Where are you from?”
“Budapest.”
The rush of adrenaline into his blood made Stephen’s legs shake. He depressed the trigger a fraction. “You’re my enemy.” His words sounded unconvincing to his own ears.
Istvan shrugged. “If you say so. I’m not really sure what’s going on.”
Stephen stared at him. “What? Do you need a history lesson man? Austria-Hungary started this, remember? I’m here because of your countrymen.”
Istvan regarded him for a long moment. His expression was conciliatory. He seemed entirely peaceable. “I’m sorry,” he said.
Stephen swallowed. “Are you armed?”
Istvan shook his head.
“What do you want?” How exactly did Istvan get through the barbed wire without a scratch and descend into the trench without a sound? Stephen wasn’t exactly feeling the threat anymore. He lowered his rifle.
Istvan looked around. His gaze followed a rat running the length of the trench until it disappeared into the officers’ quarters. “I don’t know,” he said. “I wanted to see for myself.”
Still Stephen was perplexed and uneasy. “What did you want to see?”
“What man will perpetrate on man.” Istvan looked saddened. “I’ve seen bodies blown to bits. Rotting corpses in No Man’s Land. Horses drowned in the mud. I’ve seen so much that I’m sick at heart.”
Stephen looked at him in bemusement. Istvan sounded like he’d been touring the battlefields of Europe.
“I don’t know where to go to escape it.”
Stephen shook his head. “Neither do I.”
A broad smile cracked Istvan’s severe face. He laughed softly, his teeth pearly and straight and it was infectious. Stephen laughed too. He propped his rifle against the fire step and loosened his tight collar. He wondered for a moment if Istvan was a ghost or if he was delirious and seeing apparitions in the trench.
Istvan stepped forward. Stephen’s laughter died away. He lunged for his rifle but Istvan put his body in the way. “Don’t be afraid,” he said softly as he curved a hand around the back of Stephen’s head. “I won’t hurt you. Not in a million years.”
Stephen gasped as the lean length of Istvan’s body pressed against his and the stranger’s cool lips brushed his throat. A shudder ran the length of his spine and his cock filled without warning, stiffening in record time at human contact after so long. Never mind it was a man; that was one of Stephen’s secrets, something he was ashamed of.
He grasped Istvan’s shoulder as the Hungarian mouthed his neck, kissing lightly, licking at the skin with a hot, wet tongue. “Please...” Stephen tried to say, aware they could be caught at any moment.
Istvan thrust a thigh between his, rocked against Stephen’s aching cock and Stephen bucked uncontrollably, a small moan spilling from his mouth. This had to be a dream. Soon he would wake up in his bunk with his belly wet with semen and the sound of shelling raining down overhead. It would be fun while it lasted though.
Istvan breathed heavily against his throat, lavishing it with kisses. He cupped Stephen’s head almost tenderly in one strong hand before he parted his lips and the pointed tips of two sharp teeth pricked Stephen.
Stephen’s rifle clattered to the trench floor as he tried to jerk away. Istvan pressed him to the fire step, held him close as he bit him. Stephen’s skin broke, his blood flowed and he felt his energy instantly vanish. His legs buckled and Istvan held him up. He clutched at the stranger’s back as the trench swam in and out of focus and realised he was still aroused and the sensation was pleasant. Just when he thought he might come, everything turned black. 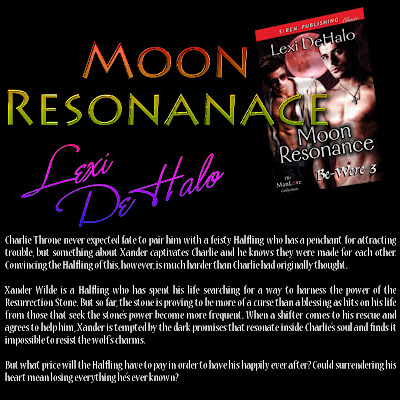 Buy Link
Posted by Pixie Storm at 05:55 No comments: